WHAT NEXT WILL BIDEN GET TOUGH ON? HOW ABOUT CLIMATE CHANGE?

He takes seriously his job of protecting every child in America, so don’t get grandpa angry!  That thought leapt to mind when President Biden, a grandfather of exactly my age, lost his patience Sept. 9 and told Republican governors opposing his vaccination efforts to get out of his way – especially when it comes to suing schools trying to protect children.

“Don’t mess with grandparents.  We’re madmen,” the president of “West Wing” warned his staff in a memorable episode of the hit series.  Granted, Josiah Edward (Jed) Bartlet (alias Martin Sheen) was a liberal fiction in a fictional White House, but his warning was part of a probing moment in which Josiah used his levers of government to support a Senate filibuster, of all things, by an angry grandfather seeking more funding for his grandchild’s autism, and the president pushed aside his own agenda to help.

Real life provided a reminder that the GOP was miscalculating yet again that kindly grandfatherly Joe, who believes in such antiquities as congeniality and comity, wouldn’t show his teeth when necessary.

They thought he would be a pushover for their snarling resistance to even common sense proposals.  He’ll fold, they thought, rather than give up on his hope for bipartisanship, even as extremists – labeled hyperbolic in one newspaper -- sought to undermine his presidency for political reasons.  Accused of grandstanding he told Republican governors who wanted to sue him, “Have at it.”

Legalities aside, and the legalities are on his side at this point,  he flat out wants every employer with 100 workers to get them all vaccinated or regularly tested – a necessary safeguard until we can vaccinate children under 12 or force down the Delta variant explosion caused by those governors.

GOP talking heads – such as FOX, which requires vaccination for its employees – are criticizing Biden for changing his mind since last December, when he was the president-to-be and said he’d rather not make vaccinations mandatory, which he hasn’t.  But events just toughened his rhetoric. He actually said, “Just like I don't think masks have to be made mandatory nationwide, I'll do everything in my power as President of United States to encourage people to do the right thing.”

Now he’s labeled a tyrant by those claiming he is violating people’s freedom to go naked (not at the ballpark or where children are present, please).  As mild as Biden is considered in manner, by September his anger was visible, and I suspect that GOP obstruction was something of a shock to his vision of a mutually supportive America when it comes to issues of our health and the planet’s health.

The vaccine anger – we’ve got the solution, why fight it? – looks like just the first Biden  salvo in getting tougher when his agenda makes overwhelming sense – such as his broad program to address climate change and greenhouse gases as part of the infrastructure bill.

It’s become as silly to deny climate change as it is to pretend the COVID vaccines don’t work.

Biden, after 36 years in the senate and eight as vice president, has earned trust on his knowledge of levers and his pace – and remember how his patience runs out. I expect more of his determination, even strong-arming, with the infrastructure bill and certainly its energy component.

With experienced advisers behind him, I believe Biden is going to stand tough against simplistic progressives and simplistic conservatives alike. If Sen. Joe Manchin is feeling his oats as a needed vote and balking at the infrastructure $3.5 trillion price tag over 10 years, Biden knows that all this is just math and Manchin hasn’t filed any absolute objections to the goals. There are a lot of ways to get there without reducing Biden’s desires or his pace.  So let’s not confuse math, which has a lot of wiggles to its behavior in legislative affairs, with targets.

His energy program is demanding something even progressives doubt can be achieved, increasing the use of solar energy from 4% of the nation’s power grids now to 35% by 2035 and virtually half – 45% by 2050.  The first goal is only 14 years ahead.

Energy policy is confusing to the public – as are the blunt realities of energy efficiency, which attacks the 50% waste into the atmosphere now caused by reliance on fossil fuels.  Biden’s goal looks a lot easier when the Department of Energy’s efficiency offices are pushing the edges of science on energy storage and multiple wizardries – some of which are discussed in a far-ranging NPR “Fresh Air” interview with  the New York Times main writer on the subject (link gives you text or audio).

If I have a problem with Biden’s outline it is that in trying to make sure big business gets on board, the president is underselling how vital house by house community action can be – and how quickly it can cause change. Writer Ivan Penn touches on that, but even his own NYTimes stories emphasize the big business financing. As a longtime journalist I suspect why.

Frankly, the  public swoons into invisibility when told how individually and easily they can make changes in the power grid and bring costs down – the general public figures this is the job of the big boys in money and marketplace  But look at the reality – 50% waste currently using fossil fuels. Energy grids are built on big companies maintaining constant power, but they often come up short on reliability, perhaps because they are required by law to provide universal coverage and know full well who has the money to pay for it all. So who gets response in emergencies or mechanical failures?

We sure haven’t seen reliability or redundancy in the big merchants’ decisions in Texas, Louisiana and even California.  Biden is so busy selling “big is better” as a solution to greenhouse gases that he is underselling how much you and I can do to influence the power grid.

The power grids seem such a gigantic thing to tackle until you recognize the gains in energy efficiency the average Joe and Jane can be a part of.

Such Jane and Joe thinking has not yet made it prominently into mainstream stories, perhaps because our eyes roll out of our heads when journalists start talking megawatts,  microgrids and zinc-ion electrolytes (nodded off, didn’t you dear reader?).

People have learned to put their family and community weight into the response to COVID, and similarly this is happening with the climate. We have to absorb more knowledge of the methods of resolving mankind’s damaging influence on the atmosphere.

Whether you agree or disagree with Biden’s maneuvers (remember the Manchin guy from coal country has only made tsk-tsk noises about moving too fast against fossil fuel companies), at least Biden is maneuvering and time is short.

The details of Biden’s total infrastructure blueprint, a cradle to grave attempt to help citizens, includes a $2.3 billion focus on jobs and energy.  It is clearly hard for both legislators and the general public to understand. It raises the specter of wonkiness when experts try to explain.

But some realities about power grids are simple to frame:

Much of public believes the future need for electricity can only be met by growing the power grids’ generation capacity. But it may simply be a matter of cutting radically into the 50% waste in fossil fuels now required by big companies to operate those grids.  This is why several states and mom-and-pop operators are looking at ways to change the basic equation.

Much of the public believes – even after the disasters exposed in several large scale companies – the problems of climate change are too big for individuals or communities to attack without enormous financial resources.  Biden is understandably focused on sizable corrections involving big businesses.  But his Department of Energy is also exploring a range of smaller-scale solutions that average citizens can implement, from solar panels on the roof of homes and apartment buildings to converting garages into plug-in stations for electric vehicles (aside from the headline-making plans to provide plug-ins  along the nation’s highways) from battery storage that doesn’t require use of rare minerals to microgrids used by offices and hospitals to relieve pressure (or even replace reliance) on power grids. It is belief in those efficiency options that led Biden to put so much faith in solar energy.

Much of the public believes – as Biden seems to – that the ability of big companies to invest in huge offshore wind turbines may be a new frontier technology solution, though the average citizen can’t fund this. Much of the technology of building and anchoring the huge turbines in ocean waters is not yet proven.  Meanwhile, local energy companies question the massive use of materials and ocean lanes involved and the hazards of failure compared to the more reliable solar panels – and sure enough, solar is where the Biden administration has put most of its efforts.

Community leaders also worry about continuing the trend of society to put the haves ahead of the have-nots, since to this point it has been higher middle class and even richer buying into the solar solutions in neighborhoods and cars.  The poor communities and societies of color may have the most to gain in cost savings and better climate, but as usual they get the hind end of discussion in the efforts to change. 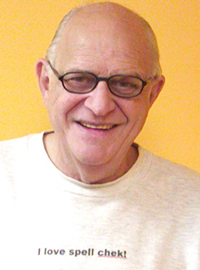 Posted by Dominique Paul Noth at 12:22 AM