Those who have been glued to TV coverage of the Kyle Rittenhouse trial from Kenosha probably have many reactions to the process and the disputes between the judge and the prosecuting team about procedure and rules of evidence.

I have a contrary reaction. Watching the behavior of Judge Bruce Schroeder, one of Wisconsin’s most experienced and feisty trial judges, all I could think was the apology we all owe to actor Jeffrey Tambor.

I covered Tambor when he was a formidable member decades ago of the Milwaukee Rep company – famous for stealing scenes with his comic ability.  And then I followed his career though movies and TV series.  He was much praised for taking on the key role in the TV series “Transparent,” for an honest portrayal of a father dealing with the eruption of his feminist feelings and behavior, a role that won him many awards and respect from the LBGTQ Plus community for his sensitivity.

All that came crashing down in 2018 when the MeToo movement talked about his previous sexual behavior – some said abuse -- as a man, with a number of former  female co-workers coming forward to attack him even as other female co-workers defended him.

The upshot? He was fired from “Transparent” and has virtually disappeared from our home screens, after being the go-to actor for eccentric comic and savagely serious portrayals, many in the courtroom, from “And Justice for All” and his frequent outings on “Hill Street Blues” – and one on “Murder She Wrote” – as the sort of judge we feared ever getting.

What has that to do with the Rittenhouse trial?  Examine the TV shots of Judge Schroeder, exploding at being challenged, fidgeting in his seat, chastising the lawyers while admitting his ignorance and defending himself as a “just one of those guys” applying common sense. His facial mannerisms, his twisting bouts of logic and anger, his sense of the restraint required by his robes at war with his time-bomb personality – all are mannerisms an actor like Tambor would relish. Schroeder dances on that precipice between long-admired no-nonsense judge and . . . something else.

For years we thought it was Tambor’s acting genius more than his observational skills,  pulling his portrayal of judges into comic excess – full of themselves, insisting on protocol that they can quickly abandon but no one else dare, proclaiming opinions out of nowhere and  refusing to apologize for error.  But every one of the character quirks that Tambor had fun with are there for all to see in Judge Schroeder, made more pointed and comic by TV scripts, of course,  but the roots are there.  As an acting study, Schroeder is God-sent.

I know nothing of Tambor’s problems and how righteous or wrongish were the decisions affecting his career.  All I do know is real life has elevated respect for his acting ability.  Comedy is not far from tragedy as the Rittenhouse case demonstrates, and frankly as Tambor’s performance career also does. 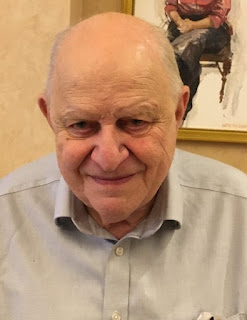 About the author: Noth has been a professional journalist since the 1960s, first as national, international and local news copy editor at The Milwaukee Journal, then as an editor for its original Green Sheet, also for almost two decades the paper’s film and drama critic. He became the newspaper’s senior feature editor. He was tapped by the publishers of the combining Milwaukee Journal Sentinel for special projects and as first online news producer before voluntarily departing in the mid-1990s to run online news seminars and write on public affairs. From 2002 to 2013 he ran the Milwaukee Labor Press as editor. It served as the Midwest’s largest home-delivered labor newspaper, with archives at milwaukeelabor.org. In that role he won top awards yearly until the paper stopped publishing in 2013. His investigative pieces and extensive commentaries are now published by several news outlets as well as his DomsDomain dual culture and politics outlets. A member of the American Theatre Critics Association at its inception, he also reviews theater for Urban Milwaukee.