DEMOCRATS LINING UP TO RESCUE WISCONSIN FROM RON JOHNSON

[Editor's Note: Since I wrote this story, Steven Olikara is exploring a run and Chris Larson has entered the race.  But my speculation about Mandela Barnes and my remarks about Rojo remain intact.]

We are a quarter of the way into 2021 and still not rid of the pandemic (though too many people are pretending that it’s gone). Yet an election that doesn’t take place for 19 more months (!) – November 2022 – is intruding on Wisconsin political thinking. It’s too early for the public to make decisions but what an interesting cast of hopefuls are vying for the Senate seat now held in ruthless anti-intellectualism by Ron Johnson.

The poll numbers say Rojo should not run again, as he firmly promised he wouldn’t in 2016.  But he is clearly determined to test the Wisconsin waters. Promises be damned.

That is why he has spent the last months trying to behave even stupider than Trump by claiming Jan. 6 was not a threatening event to anyone in Congress, that Trump despite facts and his oath to defend the US Constitution had every reason to fight illegally against Biden’s election, that Johnson is the national answer for the confusion roiling the nation’s Republicans and that all this hubbub about getting vaccinated is stupid even if your neighbors aren’t yet protected.

He’s even deliberately positioned himself to appear at a GOP event with a speaker who is so far up Trump’s behind that he can’t see the daylight of common sense.

Pundit after pundit points out that all Johnson’s shaking the tree has not budged the roots an inch.  In fact, he looks far more devious than when first elected in 2010, posing as a “responsible” back bencher who would quietly slip in as a citizen businessman.  He squatted in the Senate for nearly 12 years doing nothing.  Now he blathers almost daily but no one is listening.

Clearly he hopes that acting more and more like Trump will elevate his Wisconsin poll numbers – and you can see his thinking. It’s not totally crazy, given how bad he’s doing.

The GOP can’t seem to shake Trump’s grip on the party’s most extreme base.  Johnson doesn’t want to shake the grip he wants the extreme base to wrap him in their arms.  We’re not talking about the 73 million people who voted for Trump. But even if only 30 million are left (as seems most likely), thousands may be from Wisconsin and they are vicious toward RINOs (Republicans in Name Only, which these days are anyone who speaks against Trump). Rojo wants their votes even as this brand of Republicans may be fading fast.

Other elected Republicans are trying to ignore how popular Biden policies are even among moderate Republicans.  The real base is moving further away from GOP elected officials, with Johnson pleading for the extremist members to stop moving away and look at him.

The Democrats lost a few seats in the House in November 2020 while tying in the Senate, but much of that loss was before they took office and people weren’t sure if they could do any of the things they promised. The country was still splitting its voters among the two parties unsure, despite four years of disappointment under Trump, which would really deliver.

Now the vaccination effort and the economy are bouncing and support grows for broad infrastructure relief and basic voting and gun rights. The new administration has proved to be doers even with thin margins, and 63% of the country is impressed. The House and the Senate look even more like areas for Democratic gains in the near future, and the GOP knows it.

This is Johnson’s situation. His answer is out-Trump Trump despite what voters thought about him in the past.  He can always withdraw from the race at the end of 2021 if his hysteria produces no results.  The likely replacements waiting patiently in the wings include Reince Priebus and Mike Gallagher.  They won’t make a move until he signals them.

Meanwhile a storm of interesting progressives are mounting on the Democratic side, making the primary on August 9, 2022, the real election.

Leaving aside the unknown radiologist Gillian Battino (she is big on health care and the environment), the announced Democratic field includes the most successful progressive lawmaker in recent state history (he led the Assembly when the Democrats had control), the combative dynamic  lone woman progressive who won statewide office in 2018 and the richest if unknown progressive newcomer in the race who has already wrapped the aura of the Milwaukee Bucks around himself and hopes the voters will confuse him with the former owner of the Bucks, who for years was  rich enough and known enough for his community beneficence to advertise himself as “nobody’s senator but yours,” Herb Kohl.

Alex Lasry ain’t Herb Kohl. But so powerful is the atmosphere of unlimited campaign money that the unknown Lasry is already placed in the lead pole position. A senior vice president of the Bucks whose father is the billionaire hedge fund operator and part owner of the Bucks, Alex Lasry has a winning PR way at age 33. His wife is a leader in Planned Parenthood and he has already made the right noises, email ads and commercials to attract Democratic names.  But it bothers some that he has leaped into large recognition on the aura of the Bucks community benefits agreement, of which he was just a part, and is heavily advertising those accomplishments on email (“We need someone who knows how to get things done”) while two of his opponents on the Democratic side have proven experience in getting things done in public office.

No wonder voters are asking “Who is this guy?” But there is an expectation of powerful family financial connections getting attention – in Milwaukee the tradition of rich scion rising in local politics was Chris Abele, elected twice as county executive.

The appeal of big money initially overshadowed the two names who should be getting more attention – and I expect soon will.

Tom Nelson has served two applauded terms as Outagamie County Executive. Still youthful in appearance, he was majority leader in the Assembly when Democrats had control under Gov. Jim Doyle, and is the prime example of a pro-union progressive thinker who has proven again and again his appeal outside Milwaukee and Madison (though Milwaukee and Madison votes are emerging as his main problem).  He also ran as lieutenant governor candidate on Tom Barrett’s first 2010 ticket against Scott Walker. 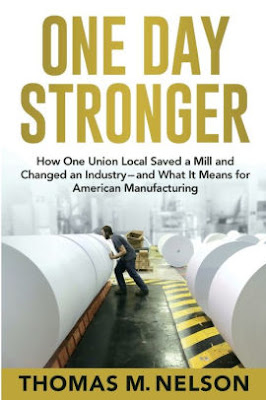 I was sent an advance copy of Nelson’s first book:  “One Day Stronger: How One Union Local Saved a Mill and Changed an Industry -- and What It Means for American Manufacturing” (2021, Rivertowns Books), now available at Barnes & Noble, Amazon and local Milwaukee independent Boswell Books.  The title is an echo of a famous union slogan and once a USW motto:  “One day longer, one day stronger.”

It is a compelling story if, like me, you like the sometimes wonkish blow by blow legal details of how the union at Appleton Coated paper mill talked the new owners into another path than closing the plant and dumping the jobs and the union.

The union, using all its resources, offered a way to fight in the courts and got a noted Republican state judge (Greg  Gill, who in April used right wing campaign money to win an appeals court seat) to agree that if there was a way to keep the plant and the jobs that should be explored.  It was and the union in effect won.  Nelson at most was coaching from the sidelines.

Known as a strong union ally throughout his career, Nelson’s   point is that all sides can be convinced if good jobs and good community revenue stem from such efforts.  Judge Gill may not be his partisan cup of tea but he helped the union take a chance to save more than 600 jobs.  Nelson offers this story as a guide to how progress can be made in a state as partisan-split as Wisconsin.

I expect as the campaign unfolds, the book and his theme will become a large part of the Nelson campaign, but he is flying in the face of voters’ demands for instant action, not the slower steadier approach his career has demonstrated.

To my mind, he will be fighting for progressive voters mainly against Sarah  Godlewski, the elected state treasurer who has proven feisty in the face of a ferocious Republican legislature and already has come out of the gate with ads taking chunks out of Ron Johnson’s hide. Godlewski is already a heroine on the progressive side, with a reportedly well-to-do family than can support her campaign – and she is worth hearing.

Whether she and Nelson can be heard above the din that Lasry money can create is another issue.

There is actually another name that appears in all the media coverage on this race – but as of this writing is unannounced, though the media sure seems eager for him to jump in.  Lt. Gov. Mandela Barnes has the right to pick his own time for any announcement and he has to be aware that if he jumps into the Senate race, he is a.) automatically the biggest name on the Democratic side and b.) the monkey wrench in the governor’s race, forcing Tony Evers to pick a new running mate for the same November election while fighting pressure tactics from the Republican legislature anxious to wrest back control of the governor’s mansion (and legitimately worried about losing their legislative power base if the Democrats get busy up and down the ballot).

Right now, Evers is the only veto proof the state has against some heavy-handed right wing proposals on the economy, voting rights, justice reform, the environment and more.  Barnes has been a key proponent and salesman in many aspects of the Evers campaign, a more relaxed and appealing politician.   Many pundits feel Lasry went out of his way to lock up noted African Americans in Milwaukee politics and government to keep Barnes at bay.

Barnes has long had an independent streak,  part of his appeal and partly the danger of anyone anticipating which way he will jump. He proved that in 2016 when he abandoned what would have been a shoo-in Assembly race to take on Lena Taylor for a state senate seat, knowing he was a distinct underdog. He rebounded from that into winning the statewide race with Evers.

I can’t imagine he is happy with how his name is being thrown about in this race – unless he announces. Even without his presence, there is a formidable lineup against Rojo that is stirring a lot of discussion. 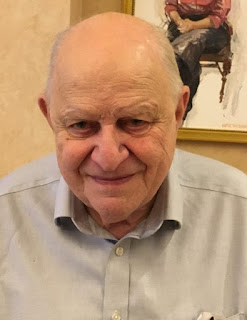