WHAT POSSESSED THE CDC TO TREAT AMERICANS THIS WAY?

How dare the Centers for Disease Control and Prevention!  What could those bureaucrats at the CDC been thinking of! They are treating the American public as rational sentient human beings rather than bovine herds that need to be rounded up like cattle and shipped to waiting corrals.

The main herd is the obedient one, willing to follow orders from people in authority, though they have some confusion about whether those people are politicians or medical experts.

The smaller more boisterous herd is the stiff-necked one, interpreting any rule as a blow to their personal freedom, whether it be motorcycle helmets, seat belts, carrying guns into retail shops, smoking in restaurants or wearing a mask when mingling in public. What could be clearer as an attack on personal freedom than a government mandate to care for your neighbors, wash your hands and maintain some social distancing?

Into this stampede of competing herds steps the CDC, sticking with the dictates of science and a rash belief that people can think for themselves.

The CDC has landed on the side of common sense -- not insisting on 100% protection from this strange pandemic that has frozen the US for over a year.  But more than enough protection in a new America under Joe Biden that has already vaccinated 61% of us and has ordered so much vaccine that everyone over 12 could be vaccinated by the summer.

In the interim the science confirms a general safety for the fully vaccinated. Broader information about protective antibodies in the nose are far outweighing new concerns that COVID can be slightly more airborne than thought.  The result is a parody of the “The Karate Kid” -- wax on, wax off, VAC on, VAC off.

Parents and private businesses, while generally heeding the rules of the road, can decide for themselves how to behave in a freer environment.  The media, when not hysterical about the exceptions (we all wish for perfect clarity), offers valuable avenues of help, recognizing that families can match their circumstances, not rely on one size fits all.

It’s uncomfortable in rich America to think of us as the self-congratulatory privileged, but there is a whiff of vaccine apartheid when we remember India is still a pandemic graveyard while America looks ahead a few more weeks for full normal.

Once a real president got going, though, he reinforced the value of our democracy. And while we all should still feel guilty that we have not grieved sufficiently for a half million dead, we at least now have a president who understands the responsibility of grieving.

How free the CDC made you feel still depends on location and circumstances.  If you are union nurses in California, where statewide mask mandates have been extended into June and COVID stubbornly keeps surging, or if you work in a school or are crowding extra work hours into a slaughterhouse, darn right you want to take your time.

Let’s also be honest with each other.  Children statistically are relatively safe from serious COVID illness, but “relatively safe” is not a phrase that will convince all moms and dads.

Dr. Fauci rightly warns not to shame people without masks or those with them.  Shaming is a self-defeating social tool, mainly because we can’t know enough to pass judgment on other people’s concern. I know parents who don’t want to go back to work till their children are fully protected.  Their definition of “fully” may differ from yours.

Nor do I endorse an honor system of trusting your unknown neighbors.  Knowing how many patients tell their doctors they are following the diet or exercise ordered – when they’re not – I’m keeping my mask close at hand. Which seems to me fully compatible with the CDC guidelines.

But then we stumble into the worst behavior of the unruly herd.  These are the people, once the CDC issued new advisories, who whipped off their masks gleefully to say “See? We were right all along! No reason to ever wear them!”

They are not persuaded by the facts, such as how -- long before vaccinations became commonplace -- the US death toll dropped 81%, largely because we were careful around each other.

This is the dumbest of the dumb herd not worth the saliva we are tempted to spit on them.  Just be thankful the CDC is finally out of his clutches. 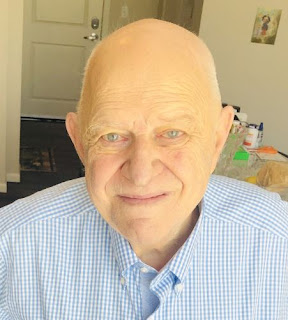