In Wisconsin, we don’t have a statewide election on Nov. 3, just a series of littler ones, county by county and district by district.  Sen.  Ron Johnson should go to bed every night thanking his corporate gods that he is not on the ballot this year. Imagine how quickly he would be gone.

I know there are still national worries that the state won’t go for Biden. I'm beyond that.  I’m even holding out hope that the Democrats may pick up a seat in the US House, knowing I’m mainly alone on that one. 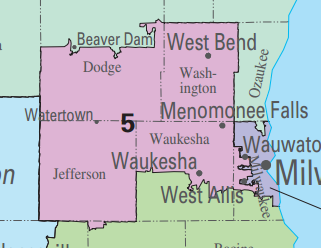 There’s a simple reason.  I know many who live in Wisconsin District 5.  They’re sort of neighbors if you live in Milwaukee County.  Many families moved into that district 40 or 50 years ago out of white flight from the city! Horrible reason.

But some  families have grown up beyond that.  Certainly their children, some of them, have set bigotry aside.   I know many today who worry about their own children, about the environment, about basic fair treatment.

I just can’t believe in this age of covid-19 and a moderate Democratic governor, Tony Evers, trying to do  a few basic things to protect the people,  that ANYONE SANE would be voting for Scott Fitzgerald! Yes, even in a district that clung stubbornly to Jim Sensenbrenner, but he at least  could cough  up a few hairballs now and then  about civic rights. He was not quite the one-man blockade on the state social highway that Fitzgerald has become.

Fitz is also a coward, hoping others will do his dirty work. He runs half of the GOP legislature as senate majority leader and has openly defied Evers, but he also knows that health care and pandemic protection are important to voters.  So rather than openly oppose Evers’ 60-day emergency mask mandate, which the governor can renew, he tried to get a right wing legal stalking horse to strike it down.  A state judge in October saw through the deception.

But common wisdom says the Fitz will beat Tom Palzewicz, a moderate Democrat and business guy with true empathy for residents. I just can’t understand how a 5th District voter can put Tom and Scott side by side and not leap into Palzewicz’s camp . . . but in a hyper partisan age, it takes all kinds to doom their district for the next two years!

I digress. What I wanted to emphasize was how,  despite Biden and Trump on the top, Wisconsin voters need to work down the Wisconsin ballot as well as look at other state races, too, and there are national movements to help do that.

It’s among the aspects of  Internet freedom at everyone’s fingertips. No race is too far away to get financial, computer and telephone help.

One such group is openly dedicated  to underwrite  Biden by changing the nature of the state legislative chambers lined up against him, looking at the local issues as well as the national ones and weighing  who will approach those intelligently.  Few people know the names or abilities of people running for the statehouses in Michigan, Florida or states far and wide.

In fact, few people in one Wisconsin district know the name or the issues of those running next door or a few county highways down the road.  Everyone needs help to figure out those races.

Now meet EveryDistrict. It has set out to vet state legislative candidates around the nation, the ones that don’t have the money or the reach of US House and Senate candidates.  It’s blunt about what it does: “We have tabulated the latest competitiveness, demographic, polling, and fundraising data to chart out which of our candidates would most benefit from your hard-earned dollars in these final weeks. These candidates don’t represent everyone we would like to win – that’s all of them – nor do they represent the people most likely to win. These are the on the bubble candidates where that next dollar will make the most difference.”

EveryDistrict offers direct links for choices to Act Blue.  It is one-step fund-raising.

Not every state and not every race, though, as would be expected from the Democratic Party’s own activist groups.  EveryDistrict remains cautious that their choices also have the active  grassroots campaigns to succeed.  They don’t dump the book of state houses on visitors but select out the chambers they believe that voters can impact.  Right now they’re big on Kansas.

Wisconsin is likely to emerge as a state that goes whole hog for Biden in the electoral college but remain in Republican hands in the state legislature, causing more migraines for Evers. Our state’s difficult situation also causes headaches for the folks behind EveryDistrict (who include some well known government experts in the state).

One reason the GOP expects to remain in state control is the lopsided gerrymandered GOP majority in the Assembly, 63-36, built up over years of jiggling the demarcation lines.  EveryDistrict reminds voters they have to flip 14 (!) seats to take  back the Assembly but they identify every Democrat running  and pick the most likely  in the Assembly (using yellow Endorsed and pink codes) and ways to contribute to everyone, always emphasizing those they think have a chance.  Even lowering the margin of GOP control could pay enormous dividends, restoring the power of the Democratic vote throughout the state.

On working through the website, I noted of the 16 in the Assembly they had endorsed I agreed with every one – and had actually written about several. EveryDistrict is also hosting online sessions with Milwaukee County Executive David Crowley and city of Milwaukee Mayor Tom Barrett.

Individuals can also use the site to directly donate to the Wisconsin Fund on Act Blue, which will split donations evenly among 7 different Democratic campaigns whose data and polling shows they can win, but are candidates who need resources in the final weeks of the campaign. As usual, 100% of proceeds will benefit campaigns.

Certainly the mood of the state is changing, largely as positive covid-19 tests climb to epidemic proportions. Many in northern, western and rural communities that thought they would be untouched are being touched harshly – grandparents, kids, money earners, essential workers. After going blithely along and allowing politics to intrude on safety precautions, they and their children are facing some ugly droppings.  Yet  the Republicans in the state legislature continue to attack the Democratic governor’s health-based instructions to wear masks and follow social distance protocols.

The GOP legislature out of vicious politics is resisting common sense, it seems to me, and more and more rural voters and educators I contact feel the same way. It’s even producing stories throughout Wisconsin like this one in the Journal Sentinel. That disappointment and anger are  filtering  through communities that once never thought of voting Democrat.

I don’t know how that will affect the final vote, but one thing is clear. The lingering pandemic has changed the bloc voting expectations of the political parties. 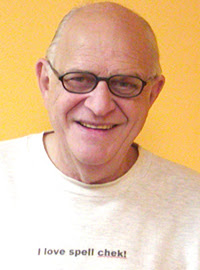