The Democrats’ desire to take the majority in the US Senate – explored in depth in a recent column with photos and links to all the candidates and certainly likely if there’s a Biden blowout – should not overlook those incumbent Democratic seats that are in play in the November election.

There are fewer contestable seats than the last time round. Several hardly need help given the popularity of occupants or the safety of their location:  Mark Warner in Virginia, Dick Durbin in Illinois, Jack Reed in Rhode Island and Cory Booker in New Jersey.

Nor am I much worried about Jeff Merkley in Oregon or Chris Coons in Delaware though Coons’  opponent won’t be chosen until Sept. 15 and is expected to draw big GOP money.

She is building her  campaign coffers quickly in anticipation of a financial blitzkrieg either way it goes. In 2016 Trump lost New Hampshire by a fraction of one percent and is so steeped in the past that he is putting pressure and money on defeating Shaheen in this contest.  A good friend and former colleague of Biden, Shaheen early  took herself out of consideration as his running mate.

No, it is generally conceded that Doug Jones is the most threatened Democratic senator, whose unlikely victory in 2016 for Jeff Sessions’ remaining term was seen by Republicans as something of a fluke.  It was a fluke of their own making, letting the sexual clouds of Roy Moore envelop the campaign.

They may have created another fluke this time around since Trump turned on Sessions, who was  seeking to regain his former Alabama seat, clearing the way for a Trump supporter with absolutely zilch political experience, football coach Tommy Tuberville, whose record at Auburn ending in 2008 was astounding.

But don’t forget the Tuba happily blew out of Alabama for Texas Tech and then to  the  University of Cincinnati for bigger money, leaving hurt feelings and an out of court settlement in a fraud case in his wake before returning to Alabama to find political religion as a Trump acolyte. An Auburn Tiger only when the money was right, he is hugging Trump like he’s found his Brett Favre.

Jones, a moderate Democrat with an imposing civil rights record, has not dragged Alabama to the hard left as many conservative  diehards feared but reassured the middle, as  a recent newspaper profile indicates.

Voting with Trump 36% of the time, as estimated in the article, is  both the mark against him and proof that he works for Alabama.  Some think that’s not selective enough, but  his ability to pick and choose has drawn admirers.  Alabama remains a deeply red state but Jones is counting on his record and the voters changing before Nov. 3 (the pandemic and Trump’s back to school blindness may do it).

While any win by Jones means coming from behind, the other Senate races looking for donations find the Democrats ahead but worried by lack of name recognition or their quiet heads-down work ethic.  (Perhaps recognizing that lack of public awareness, the Democrats are putting Gary Peters in front of the TV campaign to protest Trump’s cuts to the US postal service, a fresh scheme to confound the November presidential election.) Trump's forces retain the illusion from 2016 that they may be able to eke out a Michigan victory.Aside from Peters in Michigan, Mitch McConnell’s PAC money and GOP operatives are  targeting Tina Smith in Minnesota (appointed to fill Al Franken’s term).  Jones is most vulnerable but Smith and Peters can anticipate strong negative advertising coming after them. 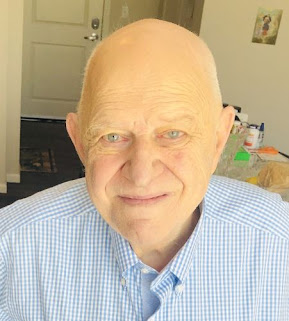 About the author: Noth has been  a professional journalist since the 1960s, first as national, international and local news copy editor at The Milwaukee Journal, then as an editor for its original Green Sheet, also  for almost two decades the paper’s film and drama critic.  He became the newspaper’s senior feature editor. He was tapped by the publishers of the combining Milwaukee Journal Sentinel for special projects and as first online news producer before voluntarily departing in the mid-1990s to run online news seminars and write on public affairs. From 2002 to 2013 he ran the Milwaukee Labor Press as editor. It served as the Midwest’s largest home-delivered labor newspaper, with archives at milwaukeelabor.org.  In that role he won top awards yearly until the paper stopped publishing in 2013. His investigative pieces and extensive commentaries are now published by several news outlets as well as his DomsDomain dual culture and politics outlets.  A member of the American Theatre Critics Association at its inception, he also reviews theater for Urban Milwaukee.